Edelman Out For "Some Period Of Time" After Knee Procedure 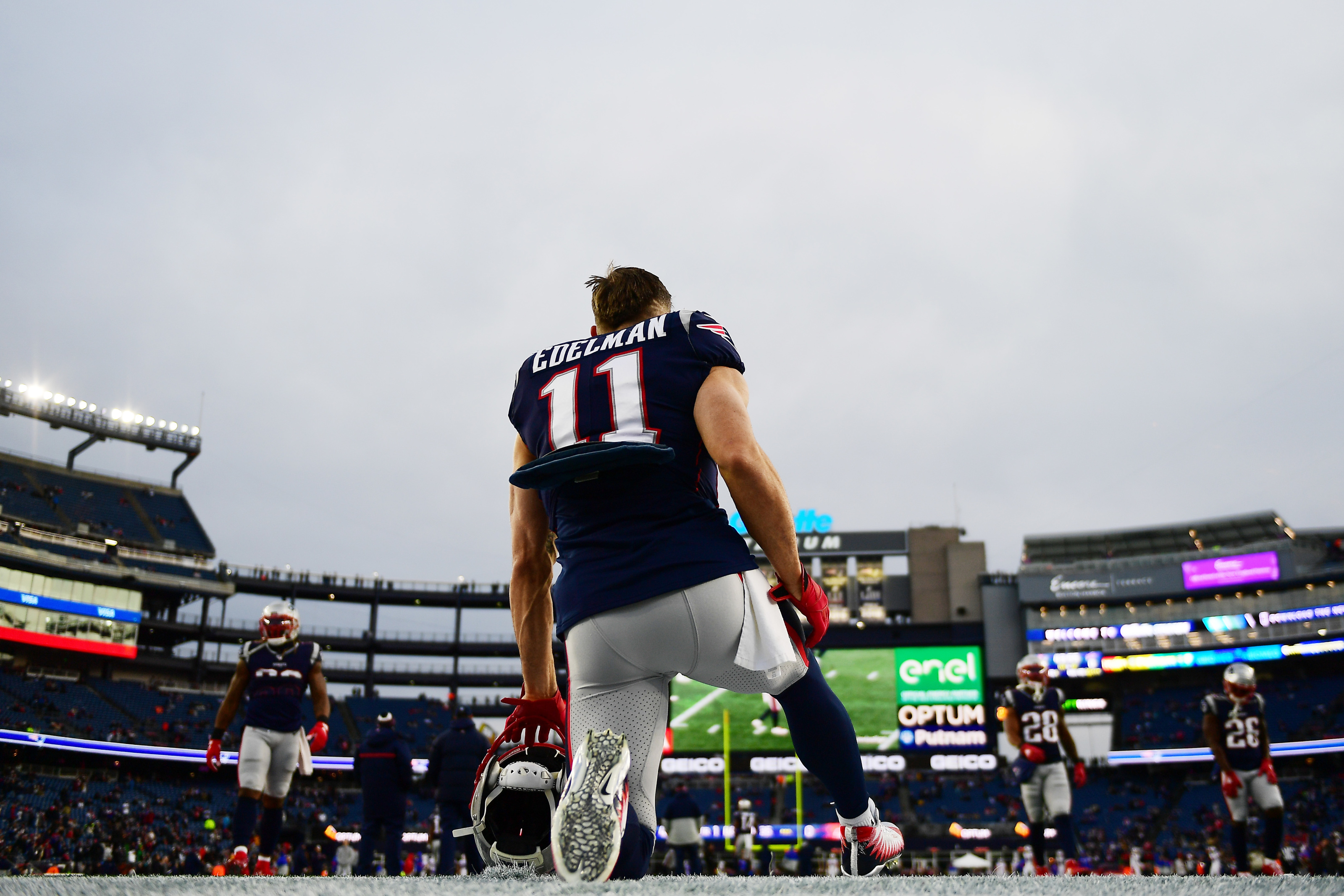 Just when you thought things could not get more dire in Patriot-Land, the injury bug hit us...hard. Today the news broke that Julian Edelman underwent a "precautionary knee procedure" and would be sidelined for really what amounts to an undisclosed period of time.

At the very least, Edelman is out for Sunday's game at Buffalo and that is really all that matters. When we go into battle to save the season and the dynasty, we'll be without the man that has become our unquestioned leader in the post-Brady era. He's the face of the franchise and despite not playing all that well this year, he's the heart and soul of the locker room.

Edelman represents one of the main ties to the glory days. He's been through it all and would be someone that Patriots fans could trust to help us in the darkest moments. Now, he's done and so are we.

At 34 years old, Edelman is probably past his prime. Without Brady, he's probably lost a little bit of the fire and the joy of competing in Foxboro. That's not to say he hasn't given us every last ounce of himself that he could, because he has. In Week 2, we saw a connection with Cam that produced Jules' best game of his career. The sad reality though, was that even on that night, we could see signs that things were about to unravel. Edelman labored through that game and appeared to be hurt, tired and somewhat miserable.

As the weeks have gone on and he's faded to the background, anyone with a brain has seen that he's hobbled. Jules kind of always is, but this was really turning him into not just a decoy, but an ineffective one. Still, because of the state of our offense, he's leading the team in most receiving categories. It's pathetic, to be honest.

Now the Patriots must go on with a cast that includes N'Keal Harry, Jakobi Meyers, Gunner Olszewski and Damiere Byrd. There's been many thin wide receiver groups in the Belichick era, but I think this one takes the cake. It's inexcusable that we have to roll with these scrubs and for someone like Jules, I honestly feel bad. He deserves better. At this point, he's headed towards a lot of uncertainty and his tenure as a Patriot could be floating away. What a shame.

Previous article: Social Distance With Goats In Georgetown
Next article: Time Has Run Out On The Patriots