What Should A Red Sox Opening Day Lineup Have Looked Like? 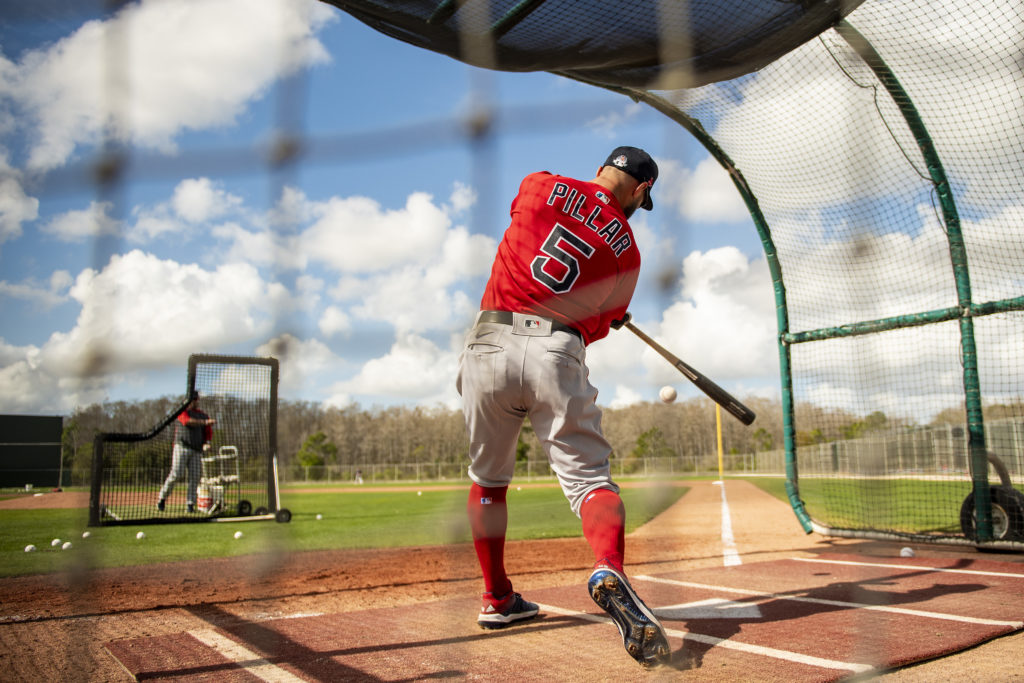 Yesterday was Opening Day of baseball, or at least it was supposed to be. I saw some people simulating results of games or talking about what the lineups would have looked like and because there isn't much going on, I decided to hop on board. Let's go over what a Red Sox Opening Day lineup SHOULD (not would) have looked like if we were playing games and not stuck in this weird sports-less world.

RF - Leading off and playing right field we have Mookie Betts! Remember, this is what the Sox lineup SHOULD have looked like. Just kidding, let's be real and deal with who is actually on the Sox roster. Once I start dealing with players that should be on the team I'll have Dustin Pedroia never getting hurt and Anthony Rizzo never getting traded. Let's go to the lineup that is more realistic...

Benintendi - Leading off and playing left field, it's Andrew Benintendi. He's really the only leadoff option now that Mookie is gone and hopefully he can take a big leap forward once we start playing ball again. A little more power would be nice, but if he can just become a more consistent doubles hitter while peppering balls off of the monster and playing a good left field, we're looking at an All Star. That's where he needs to be.

Devers - Rafael Devers took the biggest step of maybe anyone in baseball last year. He became arguably Boston's best hitter and if continues to grow and develop, we're looking at a MONSTER. The two-hole isn't ideal for him, but again the loss of Mookie almost makes that a necessity. If Devers keeps on his current trajectory and can become less of a butcher over at third, he could be a real franchise cornerstone before John Henry decides not to pay him and instead sends him to the Dodgers.

Bogaerts - X should have a "C" on his chest. Last year, it became very apparent that he is the heart and soul of the Sox as he stood up at his locker and answered every criticism while making it extremely clear how much he values winning and playing in Boston. Add in the fact that he had his best season after signing a team-friendly deal and I would say no athlete has a better approval rooting in Boston outside of maybe Patrice Bergeron. Batting third suits him and I'm excited to see him continue to represent Boston for years to come.

Martinez - Here is another guy that you really can't say anything bad about. JD Martinez is one of the best right-handed hitters I've ever seen and the Manny Ramirez comparisons are pretty spot on, at least at the dish. He's slump-proof. I'm so glad to have him back for another season and disappointed that we'll probably lose him after the year. Make sure you enjoy whatever we see out of Julio Daniel in 2020, because one of the best Red Sox sluggers won't be occupying the cleanup spot in Boston for too much longer.

Moreland - I love Mitch when he can stay healthy. That's not all that often. I'd love to have a stud over at first like a Paul Goldschmidt and believe the Sox should have made a play for someone like that over the last two years. At Mitch's best, he's an All Star. At his worst, he's on the DL or struggling while playing through injury. He's really a placeholder or a platoon guy and while he's not the worst, this is where the Sox lineup drops off dramatically.

Chavis - I like Michael Chavis a lot. I'm a Michael Chavis stan, if you will. I see a lot of people saying that he's a platoon guy or a utility guy but to me, he's an everyday second baseman at this point. Don't short change him and put Jose Peraza as the Sox starter at second. Chavis hits absolute moonshots and can only develop the rest of his game further. He's got the raw talent and I want him to get the fair shot because he could be great. He's #MySecondBaseman.

Pillar - I've always liked Kevin Pillar. He's been a very likable guy and fun player to watch throughout his career. With that said, he's a fourth outfielder and they are using him to replace Mookie Betts and hold the spot for the injured Alex Verdugo. He's the symbol for what the Red Sox are doing now, which is cheaping out and punting on the season. I'll root for Pillar and enjoy his web gems in the outfield. Sadly, I hope he can be replaced quickly.

Vazquez - People are sleeping on Vazquez. He had a very good year last year and I'm perfectly content with him as our catcher. I'm hoping 2019 wasn't an outlier for him offensively.

Bradley Jr. - JBJ is another guy that you can see the writing on the wall for. He's gone come next offseason. However, that's not really a bad thing in his case. While I love JBJ for all the good times we've had, it's time for him and Boston to part ways. He's a good enough nine-hole hitter and a great defender, so anything we can get out of him on offense is a plus.

Rodriguez - Personally, I want Eovaldi to be the ace of the staff with Sale out and Price and Porcello gone. However, I see why E-Rod will eventually get the ball come Opening Day. He's the longest tenured Sox starter and has pitched well when healthy. Like Moreland, the big thing is to STAY HEALTHY. Like Bogaerts and Devers, I worry about the effect of losing Alex Cora as manager. He was a great influence on all of these guys. I'm just hoping E-Rod can take the reigns and become what his potential says he can be.

So, do I like this lineup? No. I think at best this is a second place team with an outside shot at a Wild Card. At worst, they finish fourth in the AL East and are out of playoff contention by July (or in this case, August). However this is where we are and I'll take watching this over watching nothing. Here's hoping we get back to baseball sooner, rather than later.

Previous article: Send Meals To First Responders At This Acton Cafe
Next article: Boston Isn’t Quite Boston Without Sports