Tom Brady Is Gone, The World Is A Dark Place 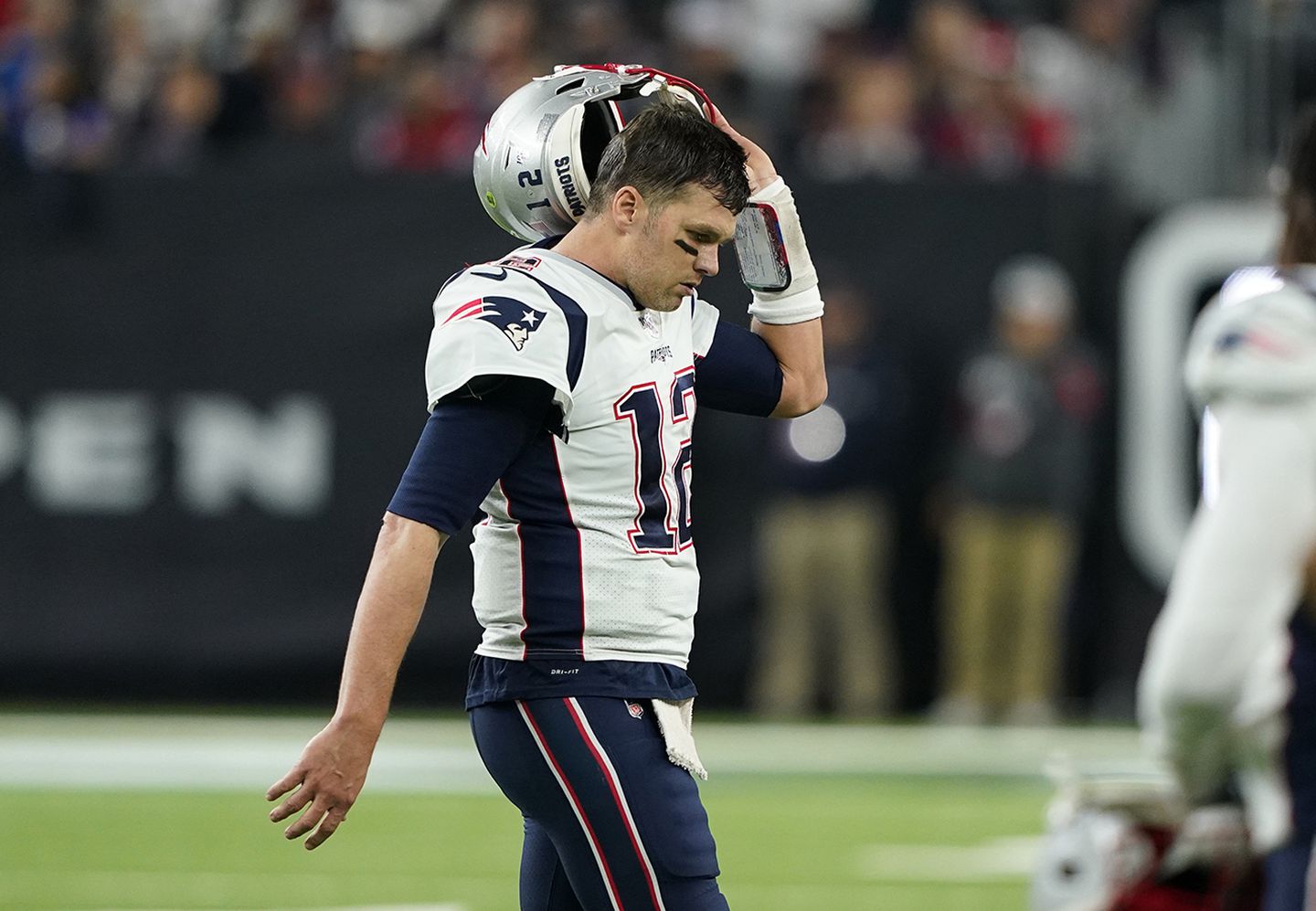 I didn't want to speculate on Tom Brady too much, because it felt silly. I decided I wouldn't write about him and the rumors anymore because no one knew anything and it felt like throwing crap against the wall. In all likelihood, Tom and the Patriots were going to figure it out and remain together, right?

Well, the decision has been coming for a few days now. We knew we'd know soon but still, it hit us like a ton of bricks. I for one, was starting to get into my negative Patriots thoughts as I got ready for work this morning. I pondered the whole DeAndre Hopkins trade that was made yesterday and the rumor that the Patriots were in talks with Houston to get a deal done. Okay, so why didn't they? It seems like the asking price wasn't high at all for one of the most talented wideouts in the game. If New England wouldn't match or beat Arizona's offer, then were they really attempting to stack the team with weapons and keep TB12?

I moved on to brushing my teeth as I continued to get ready. My girlfriend's voice from the living room said "Brady's leaving?!" I stopped immediately and said "No, no way." There was just no shot. It wasn't happening now, so suddenly. I walked over and she showed me her phone, which had Tom Brady's Instagram post on it. My eyes jumped to the caption "FOREVER A PATRIOT" and my thoughts went right to "okay, this is a post announcing he's coming back." Not so. Reading it confirmed my nightmare. Tom Brady was leaving the New England Patriots.

I think I'll always remember this morning and the details of it, like a traumatic event. I hate to sound too nuts about something that in the grand scheme of things, doesn't matter, especially with all that's going on in the world right now. However, this is a big deal to myself and many Patriots fans everywhere. It felt like a gut punch on an already dreary St. Patrick's Day. I walked over to a step stool in my kitchen and sat down for a minute, taking it in. What a wild, wild thing to happen.

Anyway, in hindsight you could totally see this coming. Brady and Belichick have been at odds for years now and I think both sides had pretty much made up their mind on what would happen this offseason long ago. Brady dropped hints time and time again about his unhappiness and his eventual departure. Belichick refused to negotiate him or give him any preferential treatment. For fans like myself, we tried to look the other way or bury our heads in the sand. They'd make it work. They always do.

Instead, it's the end of an era in New England. We'll probably never know for sure how this all went down behind the scenes due to the private nature of both parties. Each side will probably try to somewhat insinuate that it wasn't their fault. In my mind, it doesn't matter. Ego and hubris got in the way of what should have been the right ending. It's sad to see.

The Brady-led Patriots will never be duplicated, not even close. Regardless of what he does the rest of the way, he'll always be remembered for his 20 years here and what he built. Both Brady and Belichick will now see what life is like apart and we'll finally see who can survive or thrive without the other. You may think you can root for both, especially if Brady heads to the NFC, but in all reality, it looks like it's time to choose sides in this disappointing divorce.

*There will be a lot more Tom Brady coverage from me as it unfolds. A lot.