Time Has Run Out On The Patriots 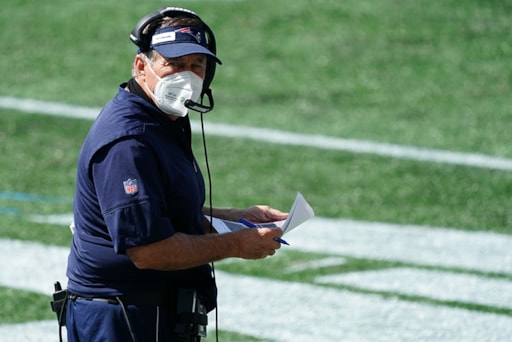 Last week, I wrote about how the Patriots had to have the San Francisco game. It was at the time, the most important regular season matchup in the Bill Belichick era. I was actually cautiously optimistic about it because I really believed in my heart of hearts that the Patriots would always find a way to remain what they've been for so long now. I shunned all the glaring pieces of evidence to the contrary and let myself buy in. I'm sure a lot of us did.

Well, our faith was rewarded with a swift kick to the gut. I'd say what happened on Sunday afternoon in Foxboro was unequivocally the most embarrassing display the Pats have put on in 20 years. From start to finish, they were never in the game. Jimmy Garoppolo and the banged up 49ers came in and had their way with the Pats in every facet of the game. It got so bad that they were even laughing at us after almost every play.

Honestly, seeing the Patriots lose that game was bad enough. The WAY they lost it just inspired no confidence at all. Despite what Bill said postgame, I don't think the effort was there. The whole team looks checked out and that is not the response you want to see in a game that meant as much as that one did.

Anyway, the Pats got crushed all night and all week afterwards. Fans and media around the country were just burying Cam, Bill, Edelman, Kraft etc and with good reason. People have had it. The patience is no longer there. Add in the fact that Tom Brady looks like an MVP as he tosses balls to a revitalized Rob Gronkowski and a host of weapons (with Antonio Brown on the way) and salt was being poured into the wound ten times over.

Now, I've lost confidence. I'm going to be honest and say that I do not believe anymore. All I believe is that Belichick has a giant ego, the talent on the roster is embarrassing and that Brady is going to win another Super Bowl out of spite. So, now that I find myself at a loss and a total low point, where can I go from here? There's only one thing left.

It's the last stand. The last stand for Belichick and the Patriots dynasty. The last stand for Cam Newton. The last stand for a lot of fans who will undoubtedly tune out if this next game goes the wrong way. At 2-4 entering November, the Pats have to beat the Bills on Sunday in Orchard Park. There's no alternative.
Even if New England DOES beat Buffalo on Sunday, it may not be enough. In my opinion it will really just delay the inevitable. It might be fun for a few weeks if the Pats can win this one on the road to remind everyone they are still the big boys in the AFC East and then beat up on the Jets in Week 9. It's not going to last though. The way I see it, they've got at least seven games they can lose from Week 10 on. IF you beat Buffalo and the Jets, you still need to go 4-3 at worst against Baltimore, the Rams, the Chargers, Arizona, Houston and Buffalo again. Yikes.

This is REALLY it though, this weekend. I know I said last weekend was, because it was. Now though, you're beyond desperate. We need to see everything Cam has. Everything Bill has. Everything they all have. There needs to at least be a sense of pride. Maybe they'll roll over. Maybe they are already dead. I just don't want to see them die like this.

Previous article: Edelman Out For "Some Period Of Time" After Knee Procedure
Next article: Get A Custom Cocktail Made Just For You At Drink