The Future Of The Bruins Is Very Much In Question 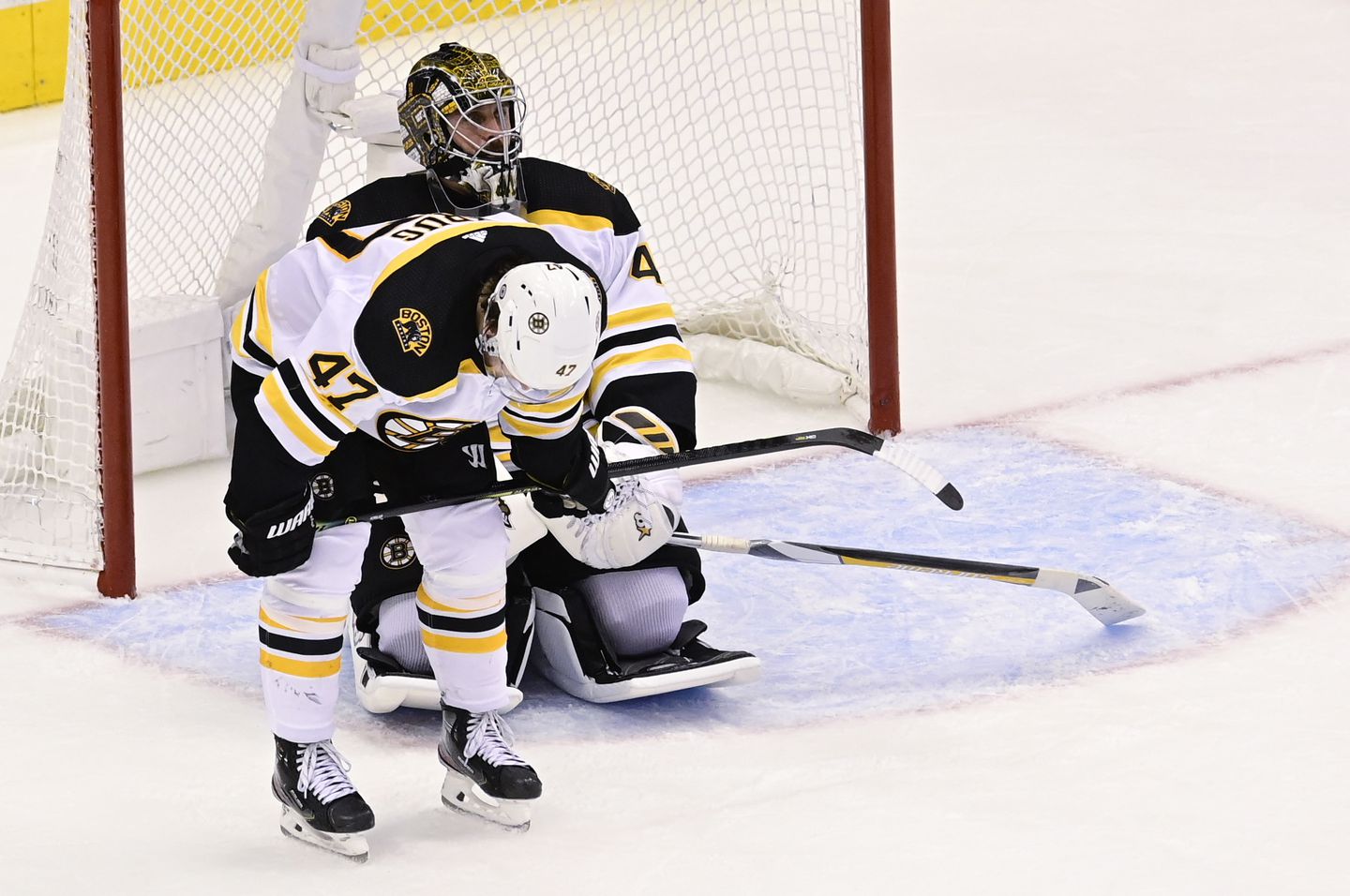 As soon as Victor Hedman's shot hit the back of the net, it was over. Sudden death. That's honestly the best way to describe an NHL playoff overtime goal that ends a series. It's instant and excruciating. What made it worse for the Bruins and their fans was the fact that this score may have put the final nail in the coffin of more than just the 2019-2020 season.

Heading into the off season, the Bruins are at a crossroads. They have a core group that is getting up in age and now find themselves questioning whether they can supplement what they already have to continue building a contender. What makes it even more difficult is that they move forward without a goalie, in all likelihood. Though there is some mystery surrounding why Tuukka Rask left the team and the bubble after just two playoff games, I doubt it matters.

For all of his talent, Rask was a constantly polarizing figure in Boston with big time backers and major detractors. At this point, it seems his time has run out and his critics will get the last laugh. Regardless of the reason for his leaving and whether it was warranted or not (there are a TON of rumors), the goaltender left this team high and dry and he is partly to blame for this early playoff exit. With questions about his desire and love for the sport, I'd bet that he's played his last game with a spoked-B on his chest and possibly his last in the NHL.

When it comes to the rest of the core group, things certainly need to be evaluated and tinkered with. There's been a lot of success and more good than bad, but with only one championship to show for it in the last decade, it's easy to wonder if this group can get over the hump again or if their window is closed. Obviously, you hang on to players like Patrice Bergeron, David Pastrnak and Brad Marchand. How do you approach the guys like Torey Krug, Jake DeBrusk and the captain himself, Zdeno Chara?

With Chara, I think it's somewhat simple. Let the big man decide whether or not he wants to keep playing. Some of the rumblings seem to suggest that he's ready to call it a career and who could blame him? He should have went out a champion in 2018-2019 but decided to run it back to see if the B's could avenge their loss. While they spent most of this season looking like a team determined to do just that, the stoppage hurt them and they came back as a shell of themselves. It was a disappointing finish and I wouldn't be surprised to see Chara say that two Cups just weren't meant to be for him.

As far as guys like Krug and DeBrusk, I think it may make sense for both sides to move on. Krug can go cash in and DeBrusk needs a change of scenery in my opinion. Sometimes after a year like this, you just need to switch things up. It's not a tear-down or an overhaul, but it's going to be a project nonetheless. Don Sweeney needs to push his chips to the middle of the table and make sure he takes advantage of what is left, if anything.