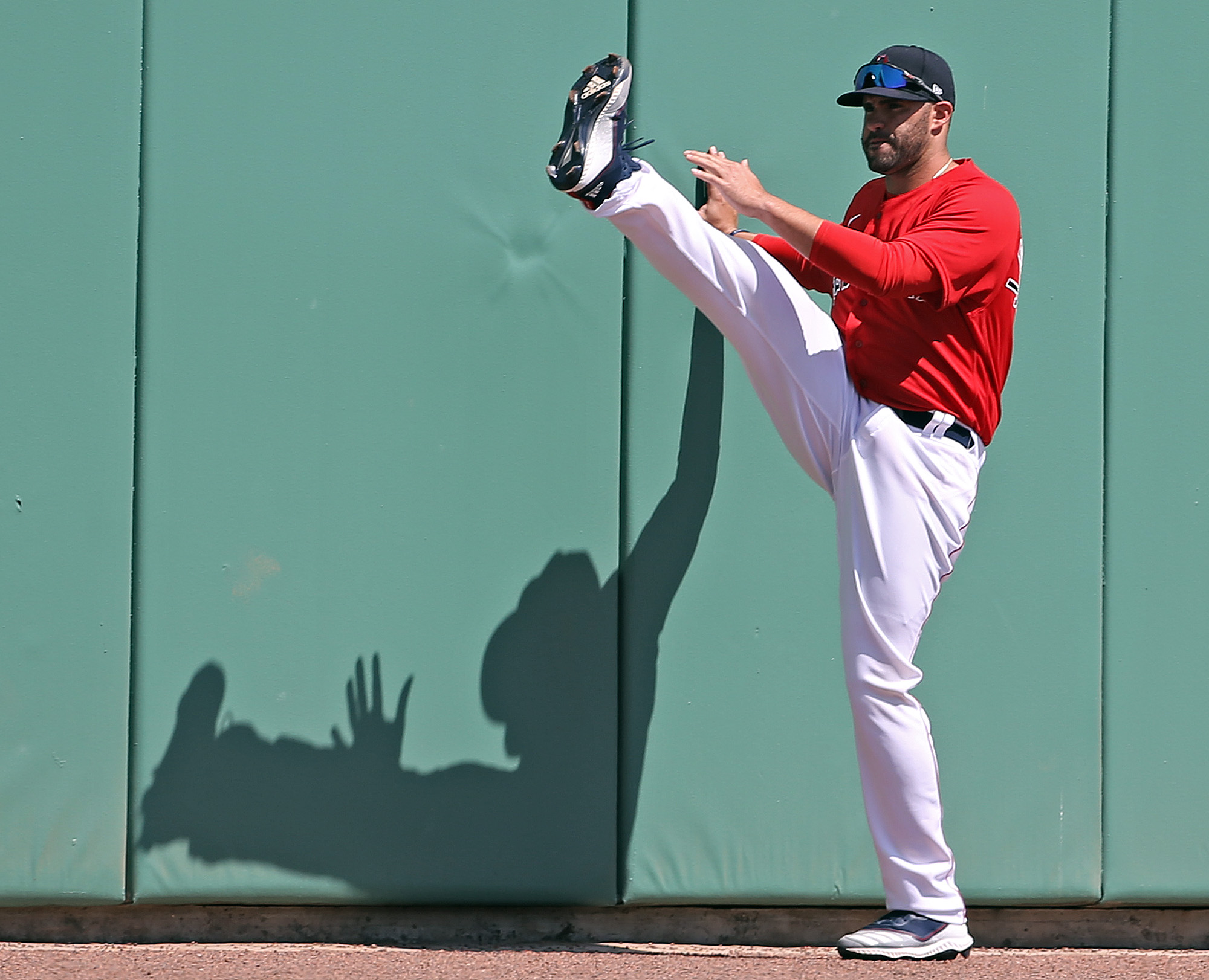 As he indicated that he would late in the season, JD Martinez opted-in to his contract with the Red Sox for 2021. For some reason, since JD said he would do so and since he actually did, I've seen a lot of Red Sox fans having a negative reaction. That makes absolutely no sense to me, for a multitude of reasons.

First, JD Martinez is a star. Boston needs stars right now in both the sports landscape of the city and the Red Sox clubhouse, specifically. We can't be losing the guys that excite us when they step on the field because we've lost too many recently and it's resulted in a sort of, dark period here as a fan. If we keep seeing an exodus and Boston becomes less of a destination for stars, we'll have trouble getting back to any sort of winning and therefore, any sort of happiness. Talent and big names are what put people in seats and what drives ratings. The more of it we have, the more contagious it becomes and soon we've got something that is at the VERY LEAST, entertaining, which the Red Sox weren't last year.

Second, JD is VERY good at baseball. To be honest, he's ELITE at hitting and that's about it. That's all he needs. Not since Manny Ramirez have the Sox had such a polished, professional hitter. While I know that he had a horrid 2020 (career low .213 average along with seven homers and 27 RBIs in the pandemic-shortened season), I can't really beat him up over it. Why not? Well, there's two schools of thought.

In this wacky, disjointed, COVID world, it's a lot easier for a player to get out of a routine, not have the right prep, have things going on outside the game, or really any excuse that you want to come up with. I know it sounds lame, especially in Boston, to use cop outs like these when other players were producing around Major League Baseball. However, my other theory seems more likely.

I honestly think the whole Red Sox team quit early on in this past year. Again, I know this sounds awful and indefensible! But honestly, if your ownership group and front office fire the manager you all love, trade your best player and then blatantly try not to be competitive because they don't want to spend money despite having it, how would you feel? I'd be pretty fed up and downtrodden about it, especially in this farce of a season. So while it sounds like these guys have no heart, I know that isn't true and I'm going to give them a pass for 2020 with the caveat that they have to give us EVERYTHING they have in 2021 regardless of what John Henry and Chaim Bloom do.

If I'm getting JD Martinez back as my DH, I'm happy. Why would you want to lose him for nothing? Wouldn't you rather have that spot in the lineup filled every night with a guy that you know you can count on for .280, 35 and 110? I know I would. It seems that fans and media around Boston have quickly forgotten how good and consistent JD was for his first two seasons here. They don't remember all he's done in both the regular season and the playoffs or how he was a key piece of turning the culture here in 2018. I know we have short memories and this a tough city, but c'mon. He's going to come back strong and be the best DH in the league while more than earning his $19 million. Hopefully the Sox can put Cora back in the dugout and add some talent to this roster to help him out and make him want to stay for beyond this season.