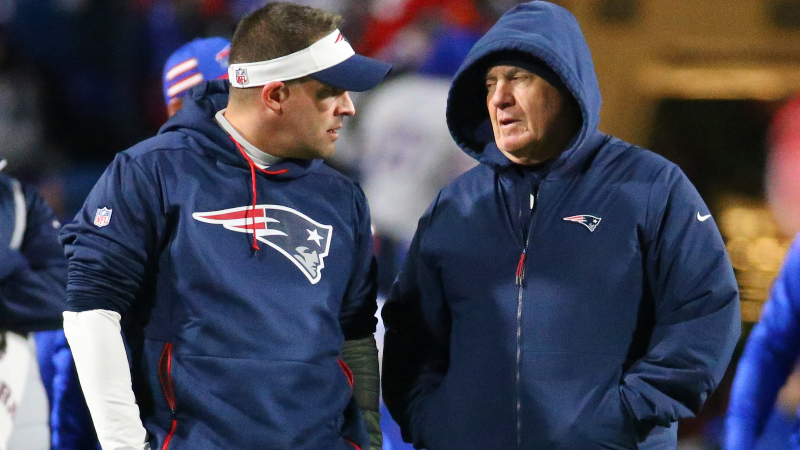 After two nights and three rounds of the NFL Draft, we've seen a lot. There's been hilarious shots of coaches and general managers in their homes, there's been dogs, there's been controversial selections and teams loading up with talent. We've seen way too much of Roger Goodell and ESPN has pushed way too many depressing stories on us. 106 picks have been made and the Pats finally got in on the fun with five of their own.

At this stage, most fans are tuning out on Saturday and just getting the updates on their phones. It makes sense, because rounds 4-7 start at noon today and aren't all that exciting. A lot of the big names are gone and most of the picks won't illicit much reaction. However, this is the most interesting part of the draft. It's where Bill Belichick makes his magic and wins Super Bowls. I don't need to list the great players that have gone late because there are simply too many.

When it comes to writing about prospects though, the well is pretty dry. I'll try to delve into the details and find some guys that make sense. This morning we started with defensive tackles and now we'll do wide receivers because it's flashy it can be debated whether we actually need to take one or not. Personally, I feel we do because Edelman is getting up there in age, Sanu is unreliable, Harry is developing and I'd rather never see Jakobi Meyers on the field ever again.

Antonio Gandy-Golden - This has been a wide receiver heavy draft as you can see. The Pats did not prioritize the position at all and there isn't much meat left on the bone. Well, we'll take a look at the best available and we have Antonio Gandy-Golden out of none other than Liberty. Yeesh.

The biggest thing I notice about AGG is that he's a big dude who is tough to bring down when he has the ball in his hands. He's got agility, sudden speed, and the wingspan and ball skills to be aggressive while going up to make a play. The physical aspect is not a problem for him and he reminds you a lot of the Dolphins DeVante Parker. Now, Parker has been a pretty inconsistent and frustrating player who hasn't done enough with his talent, but AGG could be different.

I love a lot of what I read about him and his improvement year after year. What I hate to see is the reports of him being too shy to go over the middle and running sloppy routes. He's also criticized for his focus and doubted for what he has shown against stronger opponents (not pretty). I'm not so worried about that because I believe he's got the chops to be an NFL player. It's not like he isn't big enough or athletic enough to play above Liberty's level. He just hasn't done it a lot and probably needs the reps and the coaching. Give me a guy like this that has the natural playmaker ability and let's have Bill Belichick go to work on him.

KJ Hill - Let's get back to players from schools where football is played in front of full stadiums rather than a few family members on some metal bleachers. KJ Hill comes from THE Ohio State University and fits as the prototypical slot receiver. He didn't have a great combine but he did meet with the Pats, so maybe he'll be on their mind as a future target monster for Jarrett Stidham (or whoever).

Hill has shown the ability to run good, consistent routes and seperate from coverage. The Buckeyes all time catch leader was a model of consistency without being too flashy, which again, fits the Patriots mold. There's nothing dynamic to his game in his get-off, his speed or his ability to move with the ball after the catch but if he can keep going over the middle and disguising routes like he did in college, we could see a lot of quick passes for key first downs. Not a bad pick, might be a little redundant but checks all the boxes of a New England Patriot wideout.

Donovan Peoples-Jones - This might be one of the most interesting prospects I've seen thus far. Peoples-Jones isn't your ideal wide receiver at 6 foot 2 and 212 pounds, yet he can jump out of the gym, burn down the sideline and qualifies as a real deep threat. The Pats need one of those, last I checked. The three-year starter at Michigan has smarts and punt return skills along with a willingness to help block (which the Pats love out of their wideouts). He's shown good body control, hands and the ability to break tackles in the open field. So what are the weaknesses?

Well, he hasn't really produced. Despite the skills, he never posted an 100-yard game at Michigan and even seemed to shrink in some of the bigger moments. His speed seems to slow in-game and his release doesn't give him a good start. Basically, as Mel Kiper said he is "not quite as athletic on tape as he tests." We'll see if the Pats decide to give him a shot.

THE PLAYER THEY SHOULD TAKE: ANTONIO GANDY-GOLDEN

THE PLAYER THEY WILL TAKE: KJ HILL