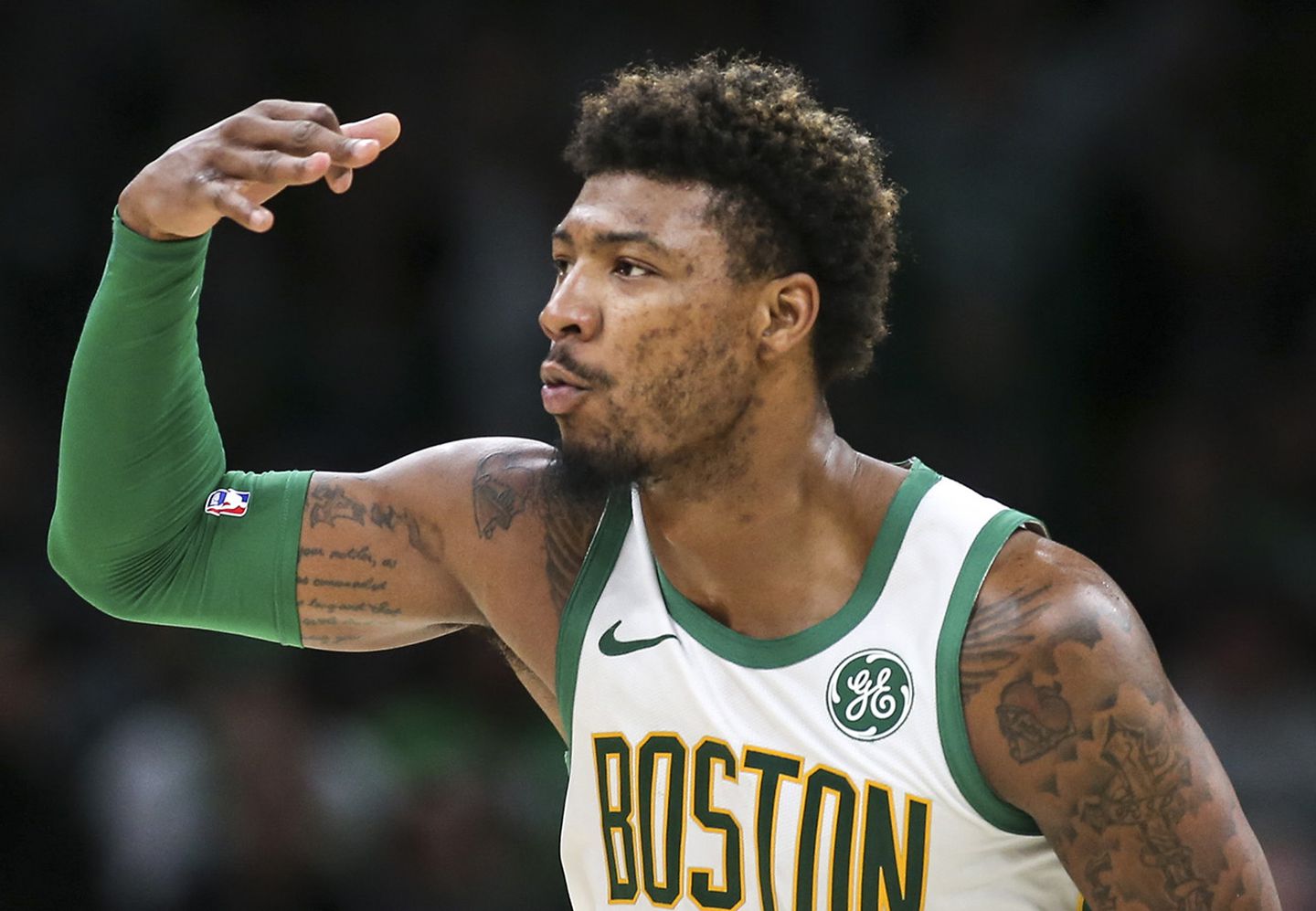 If there is one sport that has really been intertwined with this global pandemic we know as COVID-19 (or coronavirus), it's basketball. The NBA has felt like the center of it all as the league was the first to halt play and the first to have players testing positive for the virus, at least publicly. One of the players who was infected with coronavirus was none other than Boston Celtics guard, Marcus Smart.

Before we get to Smart, let's go back quickly to how this all seems to have started in the NBA. A little over a month ago, on a Wednesday night in Oklahoma City, the league shut itself down. The Utah Jazz were set to tip off with the OKC Thunder, but the game was cancelled just moments before it began due to Jazz center Rudy Gobert's positive test.

When Gobert tested positive, it seemed that we had our patient-zero in the Association. At that time, the rest of the Jazz organization was tested and people starting trying to connect the dots to find out who else might have been exposed. Who had the Jazz played recently? Oh, well they had just been in Boston taking on the Celtics less than a week prior. That meant the C's needed to be tested and they all needed to self-quaratine.

Luckily, the virus didn't run rampant through the Jazz organization and the same can be said for Boston. Only one player had come back as a positive and that was Marcus Smart. Of course, once it was announced that Smart was sick (mildly sick, in good spirits, going to make a full recovery) everyone made their kind of corny remarks about how coronavirus picked the wrong guy to mess with. Smart is a tough guy, and it was good to hear he'd be okay.

Marcus Smart is also a smart guy (see what I did there?). As soon as the news broke about him being positive, he took to social media to give an update and also encourage everyone to take this seriously. It sounds kind of stupid, but it's important for someone like him to do that because a lot of people won't listen to the "experts" on tv or the government, but they will listen to someone who resonates with them, like their favorite basketball player. That's not me, but there's certainly people like that.

Anyway, fast forward a couple of weeks and Smart has made a full recovery. He now plans on donating his blood for antibody research to help scientists and medical professionals find a cure for this virus that is wreaking havoc on our country. An anesthesiologist from the Mayo Clinic by the name of Michael Joyner told ABC news that NBA players may actually be better suited to give blood for this testing because of their size and blood volume. Joyner also said that it helps to be physically trained to increase plasma volume. I won't pretend to know what most of this means, but it sounds good.

Smart is apparently one of four NBA players who plan on donating blood for this research and they should all be commended for their service. It isn't just about donating blood, but rather using their platform and leadership to inspire others and help fight the virus. Everyone here in Boston already loved Marcus Smart, and now we just have another reason to be proud to call him one of our own.

Previous article: Take The Kids On A Fairy Finding Mission In Natick
Next article: 2018 World Series MVP Steven Pearce Calls It A Career