Jayson Tatum Is The New King Of Boston 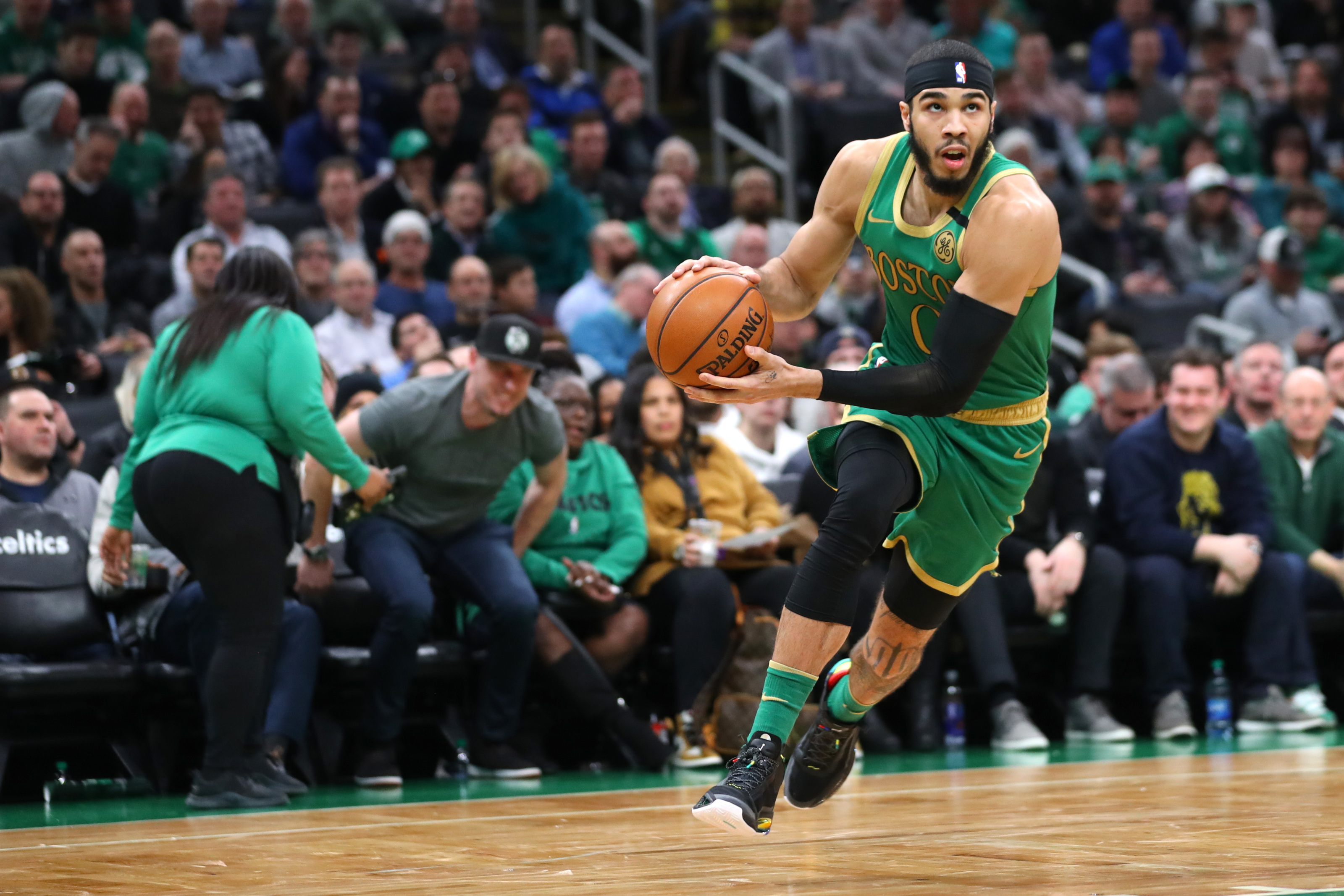 This offseason has been a bit shaky for the Boston Celtics thus far. Despite our high hopes, there were no "fireworks" in the draft or in free agency. Instead, we were seeing the C's get left behind as other contenders seemed to be making all of the right moves to improve. While the disappointment wasn't quite at the level that some talk-radio callers wanted to suggest (no, Dopey from Saugus, the Celtics should not fire Danny Ainge), it was hard to feel really good about Boston's immediate future.

On Sunday afternoon, a bright beacon of hope came through the clouds as Jayson Tatum signed his full rookie max extension that will total out at 5 years and $195 million with escalators that could take the value to close to $200 million when all is said and done. That's a LOT of money for a 22 year old, but he's more than earned it with his play through three seasons in the NBA.

No matter what has happened this offseason (I'll have more to come on Hayward etc. later), or what will happen, Celtics fans can now consider this a huge win. The extension kicks in AFTER this season which means we have Jayson Tatum in green for 6 more years in all likelihood. I say in all likelihood because the last year of the deal is a player option and we've seen some guys opt out (cough Hayward cough Horford) but I don't believe at this moment that Tatum will have a reason to do so. Knock on wood!

Celtics fans should be overjoyed and honestly, Boston fans in general should be too. After the departures of Tom Brady and Mookie Betts, we lost our identity. There was no face of Boston sports and things have been really pretty awful lately (by our standards). I'm glad the Celtics were able to make locking up their top guy a priority so that he can take over the region as the King In The North.

There's really nobody better than Tatum to take the crown as Boston's guy either. He's young, marketable, likeable and electrifying to watch. He's the clear #1 star for a historic franchise that is looking for more banners and rings and from everything he's said, he sounds like he wants to be that go-to guy here for the rest of his career. Of course, he'll earn another huge deal at 28 and probably even another one as he approaches his mid-30s. That'll all come. For now, it's great to know he's ours.

Previous article: Stop Talking About "The Path" And Accept That The Patriots Just Aren't Good
Next article: This Festival Of Trees In Wellesley Is A Cozy Way To Welcome The Holiday Season