In Appreciation of Kevin Garnett: A Hall of Famer 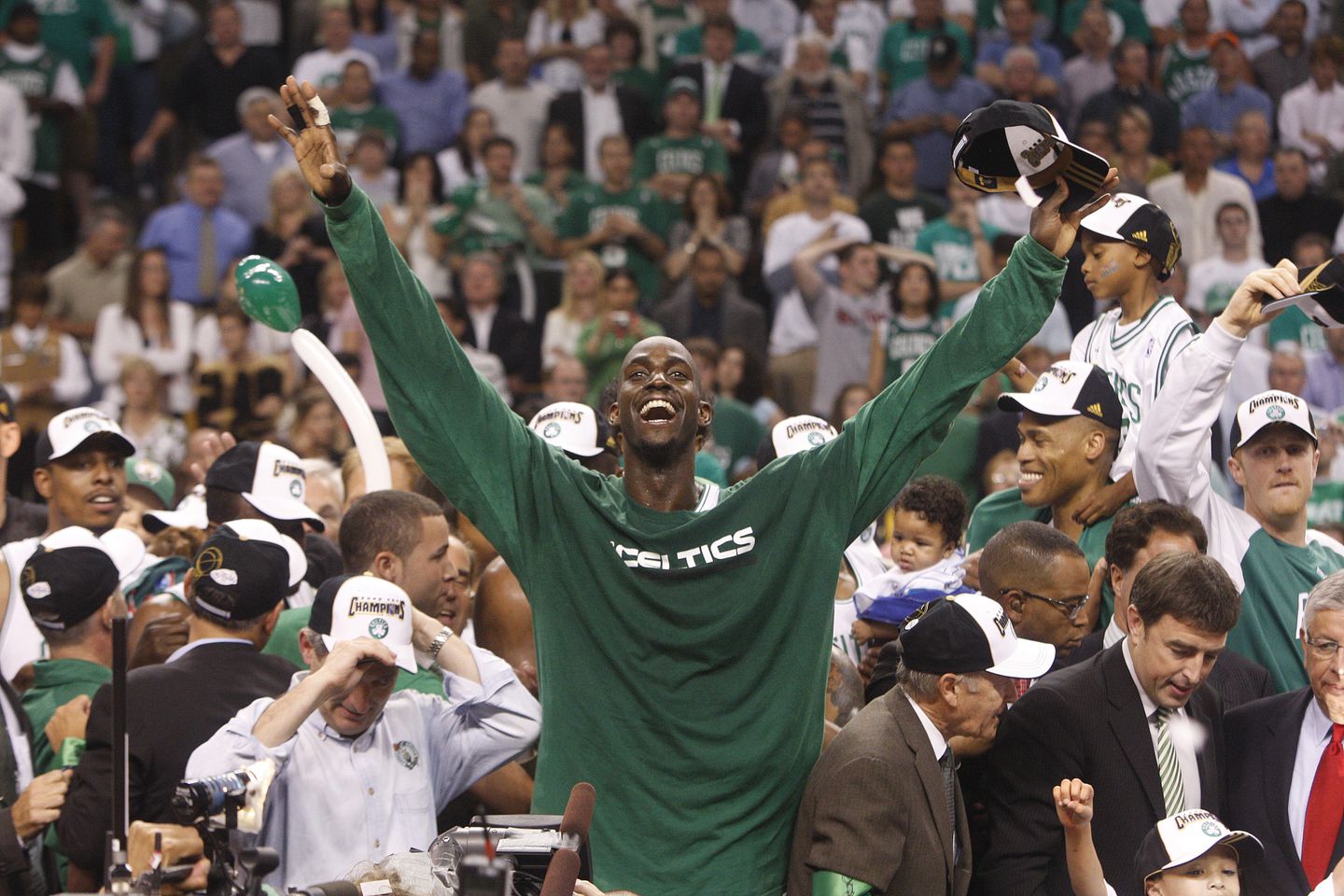 Leave it all out there. Blood, sweat and tears until you literally have nothing left. Your mouth is dry and you’re gasping for air. You’re exhausted and swaying, though your body is ready to fall, your mind won’t let you. The will to win, and achieve success is too strong. That’s how I always felt Kevin Garnett played and how he influenced my mindset about working and competing. He's an inspiration for myself and the template for how I view others as they perform their craft whether it's sports or not. Even though it's hard, try to strive to have that mindset to give KG-like effort. He's the measuring stick.

Kevin Garnett has always been one of my favorite athletes. He was my favorite big man, and the guy I wanted to play just like. He could post up, he could shoot the jumper, play defense and he could dunk on you. Starting in 1st or 2nd grade I got really into the NBA and wanted to grow up and play in it (that worked out, as you can see). KG was my favorite non-Celtic and was one of the handful of NBA players I was obsessed with watching (Vince Carter, Tracy McGrady, Paul Pierce and Jason Kidd were the others). He was also always the guy I wanted to play as in video games because the combination of him and Wally Sczerbiak (?) was too hot to handle.

I rooted for KG in the Western Conference, got offended when anyone said Tim Duncan was better and just marveled at his game and his persona. But Garnett didn’t really become a huge piece of my sports life until he was rumored to be coming to Boston. He haggled for a little bit, saying he wanted to stay in Minnesota forever, but then decided finally to come play for the Celtics with Paul Pierce and Ray Allen. I remember the day and where I was when I heard on ESPN that KG was coming here. From then on, my appreciation for him only grew.

It sounds cliche, but Garnett really was the ultimate competitor and when he came here to Boston I got to see that on a nightly basis. I miss him pounding his head against the hoop, swatting away shots after a whistle just to be a jerk, screaming to fire up the crowd, diving for loose balls and talking trash. He wasn’t out there to make friends, he was out there to destroy you, intimidate you and make you feel bad about yourself. I love that. The NBA only has a few of those guys left in what has become a pretty soft league. KG is a total throwback.

Garnett was the MVP of the league that first year in Boston, award or not, and he helped lead us to that 17th championship banner. He kept guys in check and along with Paul Pierce, he really changed the way the team played. They were tough, clutch and defensive minded. He also changed the culture of the Celtics organization for the better after they had taken a nose dive post-Larry Bird. Celtic Pride was back and fans now expected a winner. KG relished that.

It was a joy to watch just how much Garnett wanted to win and how much he embraced what being a Celtic and being a Bostonian meant. It felt like he had spent his whole career here, and he should have. The persona he had was just such a good fit with the city and he was one of those rare players that fully connects with us. He was meant to be a Celtic and cemented himself as a legend here in just his first year. At this point, I'd put him right up there with Tom Brady, Paul Pierce and David Ortiz as my favorite athletes of all time.

He’s a Celtic just as much as he is a Timberwolve in my mind (and maybe more, according to some of his recent comments about not wanting his number retired there and his falling out with the ownership). It sucks that we didn’t win more with him here, because of injuries or the ball bouncing the wrong way. But we were in the mix in almost every year he spent in green and should have come out with 2 or 3 titles. He was an all-time player and an all-time Celtic.

Now Garnett has been announced as one of this year's inductees into The Naismith Memorial Basketball Hall of Fame. He'll go in with Duncan, and the late-great Kobe Bryant. I'm sure with the venue being local, the place will be flooded with green #5 jerseys. Garnett will get emotional and give a heck of a speech. It'll mean so much to him, and you'll know because KG has always worn his heart on his sleeve. I'm excited for all of that.

It stinks to me that he and Paul Pierce didn’t get to retire here (even though it worked out in our favor) and I missed the heck out of both of them when they were sent to Brooklyn. Garnett will always be the coolest cat who could at the same time decide to chew you up and spit you out. He'll be one of the best , competitors the Association has ever seen. He treated basketball like life and death and took winning and losing personally. Even though there are players who he mentored who will try to carry on his legacy, there will never be another "Big Ticket." I can’t wait for him to come back for his jersey retirement in Boston so the city can thank him again.

KG was a different animal. He set the standard and the stories you'll continue to hear about him as we head towards enshrinement weekend in Springfield, Massachusetts, will all be awesome. He was a PYSCHO, but also someone to look up to. It's not everyday you see someone like that come along and sports as a whole are better for it.