I knew the 2020 NBA Draft was going to be tough to get a real handle on. There was just way too much up in the air throughout the league, and in the Celtics organization specifically. Still though, I whiffed on my preview the other day. The Celtics had an abundance of picks and didn't select even one guy that I was thinking of. Oh well. That's why I'm not in the war room, I guess.

Anyway, the C's did have a pretty nice night as they made moves based on need. Out of the four picks they had heading into the night, they only made three and one is a guy that they are stashing overseas for a year or two. That's right on with what Danny Ainge and company needed to do because of the fact that they really already had a full roster. So let's go ahead and get to the newest members of the franchise... 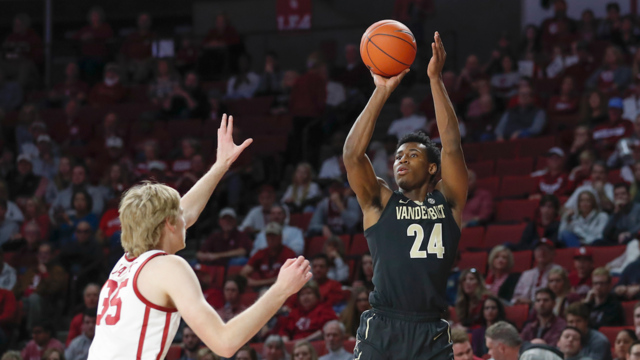 Aaron Nesmith (Round 1, Pick 14) - After a lot of talk about a possible trade, the Celtics ended up staying put at #14 and selecting a sharpshooting small forward out of Vanderbilt named Aaron Nesmith. The 21 year old spent two years at Vandy but had his sophomore campaign cut short due to an injured right foot. Before that though, he was certainly making a name for himself in the SEC and the NCAA.

Nesmith was averaging 23 points per game before his injury and shoots the lights out. He has been called the "best shooter in the draft" by multiple scouts and experts and is believed to be a guy that can come in and make an immediate impact off the bench in the way someone like Duncan Robinson did for Miami last season.

The 6 foot 6 wing boasts lots of key attributes that will make him fit the Celtics exceptionally well. He's got smarts (almost went to Harvard, ever heard of it?), basketball IQ, work ethic, length/size, versatility, competitiveness and range. It seems like he'll demand attention out beyond the arc and that will help create space for the two Js.

So what are the downsides to Nesmith? Well, he's not exceptionally athletic and that makes him a bit weak as he goes to the rim for easy buckets. It also hinders his defensive ability and handles. Realistically, Nesmith is a pure spot up shooter for right now. If he can develop the rest of his game beyond that one awesome trait, he'll become a real problem for other teams game planning against Boston. 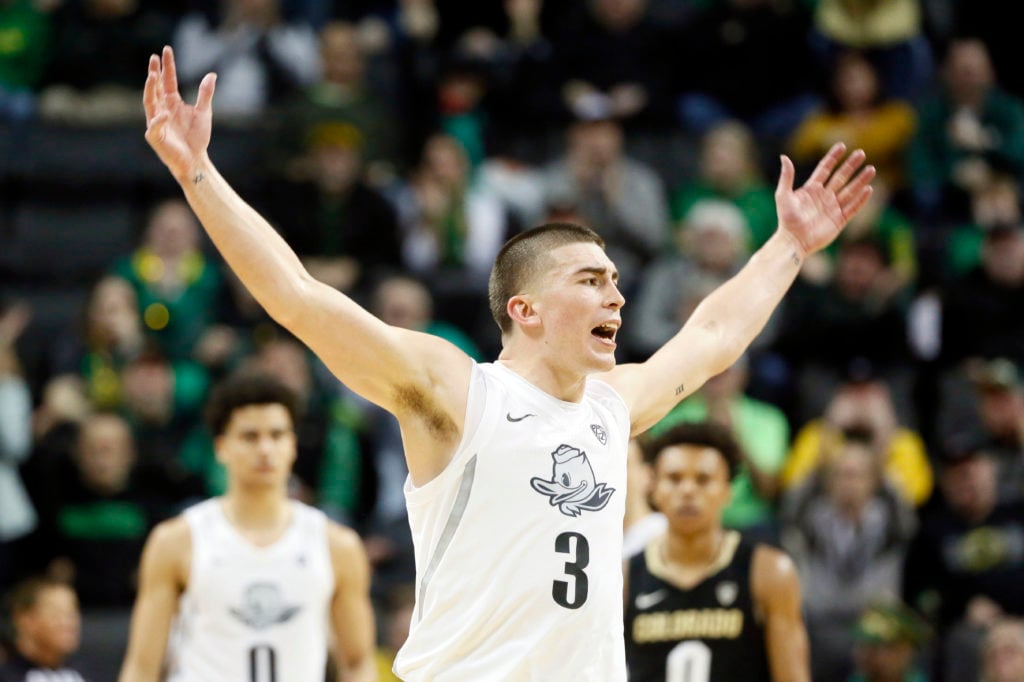 Payton Pritchard (Round 1, Pick 26) - At 26, almost all of the "well-known" prospects were off the board. It was really anyone's guess where the C's would go with this pick and what need they'd try fill, if any. When the selection came in, it was clear that the Celtics were placing a ton of value on shooting as they took another knockdown sniper who can fill up the stat sheet in Oregon's Payton Pritchard.

Pritchard spent four seasons with the Ducks, starting in all of them, and led them to a Final Four appearance. He's been described as a "total winner" for how he's performed and led his team throughout his high school and college years. Last season at Oregon, Pritchard averaged 20 points, four rebounds and five assists per game. He earned Pac-12 Player of the Year, The Bob Cousy Award and was named a consensus All-American.

At only 6 foot 2, he's certainly small and he projects as a 6th or 7th man at best. Size will really be his big hurdle and it's likely something he won't ever be able to fix. All he can do is continue to play and work hard to overcome. I think he will.

The strengths he has as a basketball player are aplenty. He makes great decisions and can run point as a leader very effectively. All the talk about Pritchard is how he'll come in confident (in a good way) and will be able to command a second unit right away. He's also a high effort defender and can get a bucket in a variety of ways besides the three-ball. I'm excited to see him unleashed in about a month. 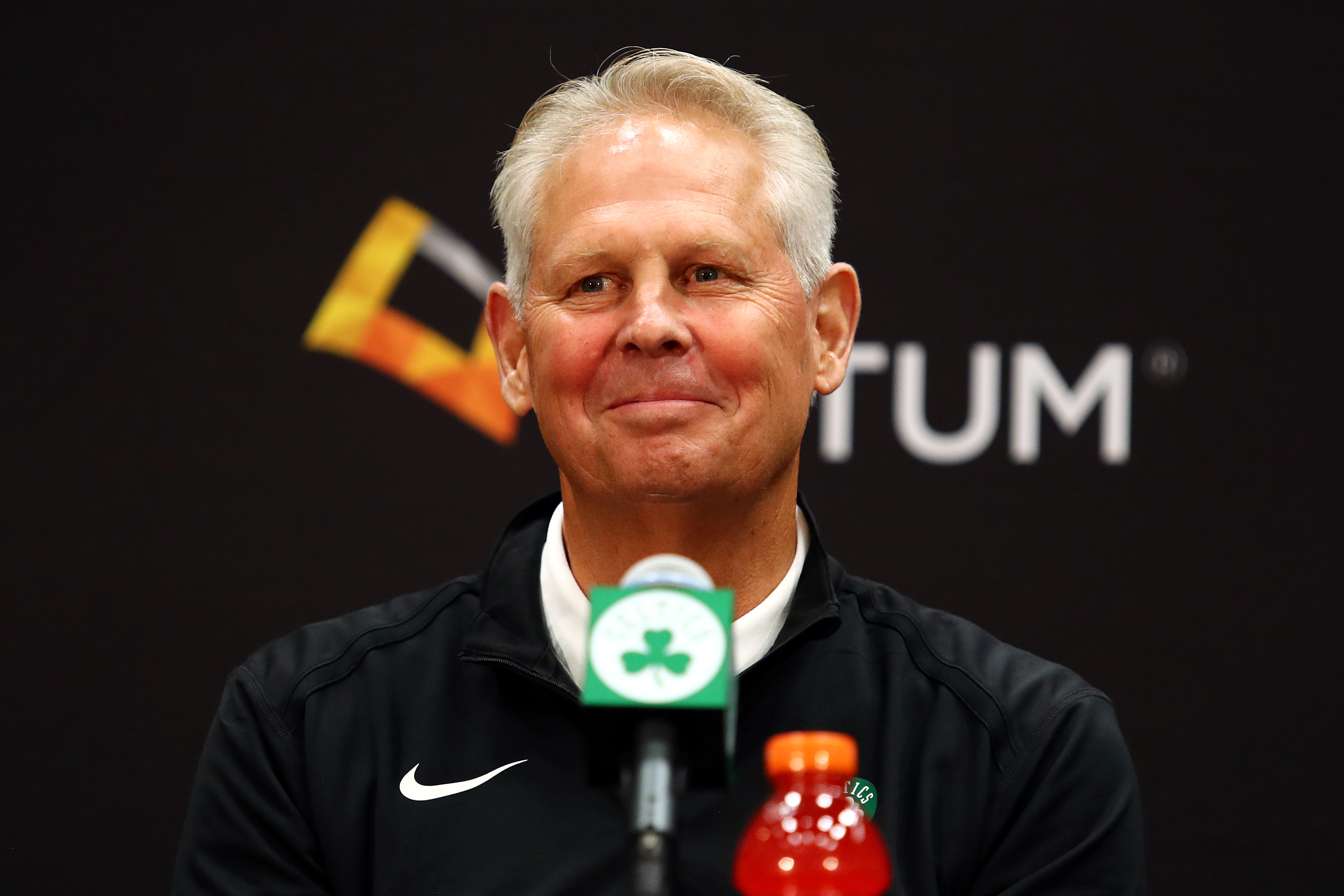 Traded Round 1, Pick 30 - Like I said, Danny couldn't make all of these picks. He's already made something like 20 since 2015. That's a WILD amount when you consider the fact that each team starts with two per year before trades happen. So anyway, he dealt this one to Memphis for two future second round picks (undisclosed when those might be as of right now). Good move.

Yam Madar (Round 2, Pick 47) - Yam Madar is quite the name.  That was my first thought. Anyway, no one can pretend to know too much about good ol' Yam because well, he plays in Israel and wasn't exactly making news in the lead up to the draft.

Despite the fact that he's pretty unknown, I've now heard some things about him that I like. I heard him called "The Israeli Patrick Beverly" which sounds awesome, due to Pat Bev's toughness and tenacity that Madar shares. I've also heard him comped to Steph Curry, which of course is irresponsible (and weird considering Madar's biggest strength wouldn't be his shot) but exciting nonetheless.

To bring us back to reality, Madar is a 6 foot 3, nineteen year old that is under contract overseas for two more years. If he wants to head over after one, there will be a buyout to get him here. He's really just a guy that we are going to kind of forget about while hoping that he develops in the shadows and can contribute something to a contending team in 2022 or 2023. Fingers crossed.

While this may not have been the sexy draft night that fans wanted, I think Ainge really did well. I'm excited to see Nesmith and Pritchard sooner rather than later and I'm glad he didn't trade up just for the sake of trading up. Now let's move on to free agency and see what else we can do to boost our title chances.

Previous article: This Drive-Through Light Show Is Festive & COVID Safe
Next article: Boston Is Home To The Best Hotel Spa in North America