Cam Newton Says All The Right Things, Now He Needs To Play Well 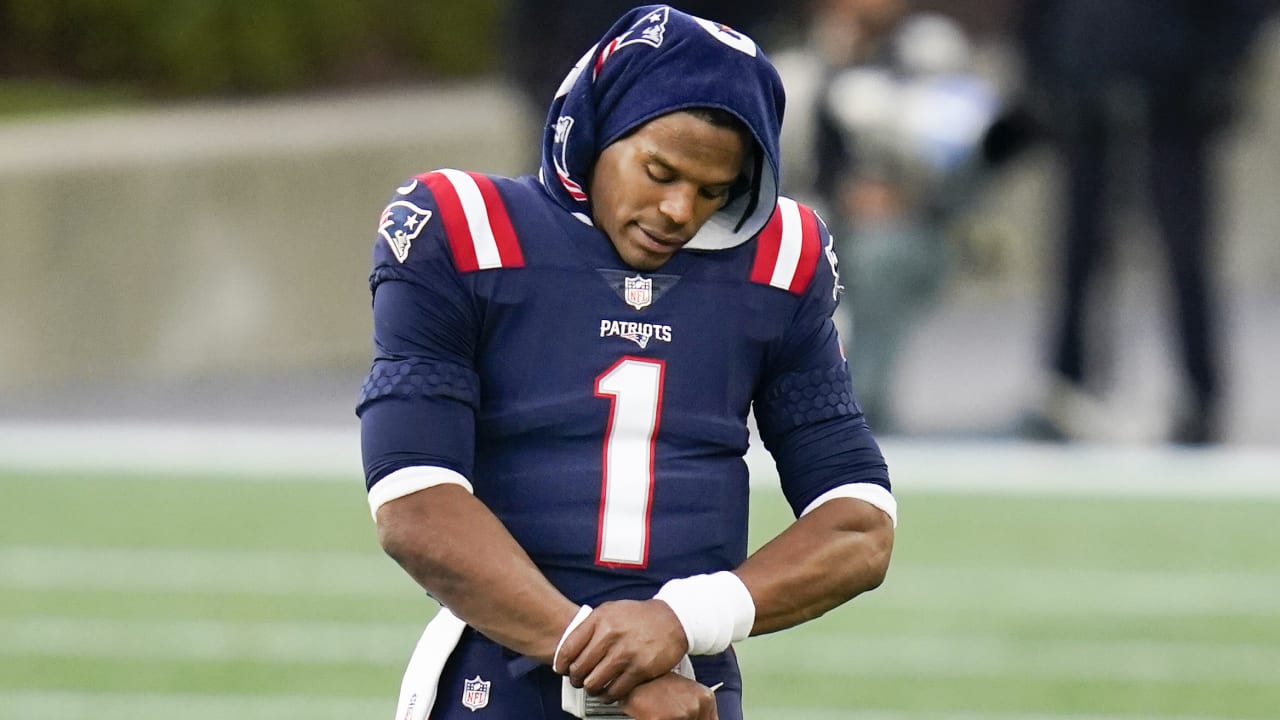 I wrestled with a lot of Patriots thoughts over the last couple of days. I try not to blurt too much out after a frustrating loss because I really want to calm down and be reasonable. In this case, I actually wanted to come up with something somewhat positive to say because everything has been just complete doom and gloom everywhere else.

Trust me, I understand I'm grasping at straws here and I totally get it if you want to roll your eyes at this and remain mad at the Pats. However, I do want to give Cam Newton some credit about how he handles himself. He's been absolutely perfect in terms of saying all of the right things. I was actually pretty worried about that when he was first coming here, as I'm sure most people were.

Cam, whether it's fair or not, had a reputation as a diva and a bad teammate. Of course, this reputation wasn't really based on a whole lot of real evidence so you could definitely make the argument that he was getting a bad rap. Honestly, I was worried about him being phony and putting up a façade that would only come down when adversity hit. Well, adversity has hit. It's hit about as hard as Khalil Mack coming around the edge and getting a free shot at the QB.

So, how is Cam responding? Well, he's SAYING everything you'd want him to. He takes full accountability and points the finger only at himself for the failures of this season. He comes off as thoughtful, smart, well-spoken and genuine. I think he may just know that New England isn't a place where he can get away with anything less. The media is too vicious and the fans are too smart. If you aren't playing well, you better not run and hide from it.

It is so rare for a player to say the right thing 100% of the time and say it while actually showing emotion and giving some actual insight into what is going on. The only other athlete I can think of that does it this well is Chris Sale. I can never, ever get mad at Sale simply because he wears everything and seems like he cares more than anyone. Cam is the same way.

Before you start saying how this can be attributed to the "Patriot Way," I want to cut you off and deny that. The Patriots organization isn't always saying the right things, they just aren't saying anything. Tom Brady was never this candid. The players and coaches that have come through here in the Belichick era don't make us FEEL with their comments. They just seem robotic. I like it, but I like the way Cam or Sale does it ever better. Make us relate to you. Get us in your corner so that when you do pick it up, no one is cheering harder because we know how much it means.

Now, at some point this isn't enough and you have to produce, but it's still making it easier to stomache for the time being. I truly believe Cam will improve. I'm not sure the Patriots season will improve all that much because frankly, the problem is way bigger than just the quarterback position. When Newton does turn it around though, I'll be with him because I know this matters and he WANTS it.

Previous article: Get A Custom Cocktail Made Just For You At Drink
Next article: Sample "Regenerative Dining" With Takeout From Senses Cambridge