Boston Isn’t Quite Boston Without Sports 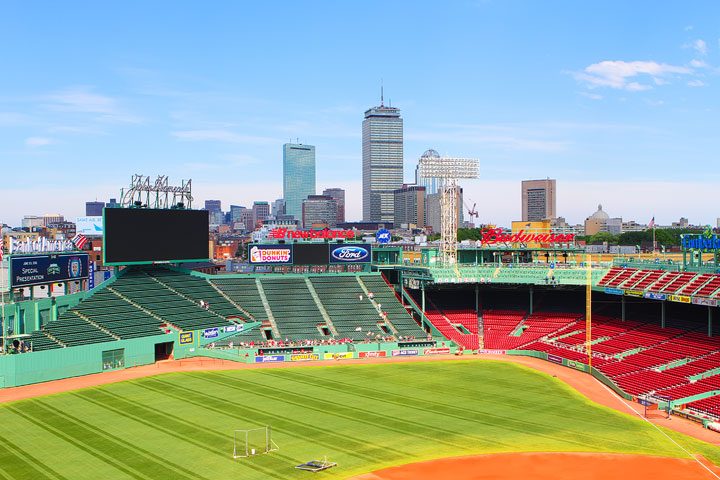 Over the course of the past two weeks, I’ve thought a lot about the impact of sports on life and how therapeutic it is to have them there for you every day. I haven’t really written anything down about the Coronavirus pandemic and how it’s really effecting everything we know in our world, mainly because I don’t want to cross a line or be misinterpreted. Sports matter, but whining about not having them while there are way bigger problems going on seems dumb.

With that said, sports are still a huge piece of Boston’s identity and not having them is a big deal. We rely on them in this country and especially in this town. As we stay inside, wash our hands and practice social distancing, we all need an escape. We need to be able to live that part of our lives where we are rooting for laundry and being totally and completely, for lack of a better word, stupid. Sports bring us that ability to care about something that doesn’t matter and in Boston, we are passionate about our teams to a borderline ridiculous level.

Right now, every day feels empty or bleak when you turn on the television or scroll social media. While it’s important to pay attention to what’s going on and stay educated, people need something to lift their spirits. There needs to be something, like a Red Sox game, that is so inconsequential in the grand scheme of things yet so important in the three (or five) hour span in which it is played.

The funny thing is, I think we’ll all gladly take the Red Sox or the Patriots back right now despite both teams suddenly being frustrating and maddening themselves. At least if we were pulling our hair out over another bullpen blowup or Jarrett Stidham going 6-10, we’d have our mind off of the harsh reality our country is in for the moment.

Yesterday is when things really kind of hit me about sports being something we need. I’ve been angry with the Red Sox for quite some time, in case you couldn’t tell, and was thinking the season didn’t matter to me. However, it was supposed to be Opening Day and I was sad that baseball wasn’t being played. Just like March Madness, this was a day or time of year that you really look forward to and now, we just didn’t have it. Some things are more than just sporting events to people and they actually signal something that produces a feeling. To me, Opening Day means hope, and the start of spring/summer. Take that away and we’re just left in a rut.

In terms of the NFL, I’ll actually take a moment to do something I never thought I’d do. I want to say thank you to Roger Goodell. He kept the league running when all others shut down. Of course, he didn’t have games being played so it was much easier to do while being responsible and safe, but still. Many people criticized the NFL for going on with “business as usual” while the country was in turmoil but we NEEDED it. Despite most of the Patriots news being bad, at least I could pay attention to football for a few days. Before that, all ESPN and the like were talking about was the pandemic and how it impacts sports. Now we finally had some free agency talk to get us away from that for a bit.

When it comes to the Celtics or the Bruins, who were both playing insanely well and were both very fun to watch, I’m upset about the loss of nightly entertainment. The joy they brought us, even in the rare losses, was something I am pining for. It doesn’t even matter that they both had a shot at ending our championship “drought.” It’s not about that right now. It’s about missing that Wednesday night game against the Wizards or that Friday night tilt against the Flames. It’s about the game being on in the background as you hang with friends at a bar or make dinner at home. We took that for granted, and I can promise I never will again.

In times of crisis, we’ve always had sports to lean on. That’s not the case now because we can’t be packing arenas and exposing fans, players and workers to this virus. It hasn’t taken away our identity in Boston, but it’s certainly taken a piece of it. With that said, this is just another challenge that we’ll face as a resilient city, and country as a whole. We must take care of what matters most, our people, first. Then, we’ll get the payoff for our patience. Sports will come back and they’ll be better than ever. Count on it.

Previous article: What Should A Red Sox Opening Day Lineup Have Looked Like?
Next article: These 3 Local Breweries Will Deliver Beer To Your Door
Chowdaheadz

For almost 15 Years Chowdaheadz has been serving up unique t-shirts & novelty gear. The name you know & trust.  We ship most items from our own warehouse in New England right outside Boston & we get it out the door wicked fast.  Most orders ship the same or next business day!